The landscape forms the framework for the low-energy kindergarten. In the design, there is a focus on an overall impression, in the interaction between the house and nature. The kindergarten's design, location and design, which almost embraces the landscape, has been based on preserving all the trees on the 3,953 m2 plot.

The building is 918 square meters and houses up to 100 nursery and kindergarten children, who, among other things, has access to outdoor kitchen, covered experimentarium, greenhouse and amphitheater.

The kindergarten complies with the 2020 energy framework, and therefore has a very low heating requirement, which minimizes the operating costs for heating.

The total volume of the build­ing is purely visu­ally divided by cracks and breaks in the main form, which is surrounded by the trees of the site, where play­ful touches and the small scale for chil­dren arise.

On the facades, prior­ity is given to natural and robust mate­ri­als that can with­stand active use. The brick construc­tion of the facade is inspired by and inscribes itself archi­tec­turally in the surround­ing resi­den­tial quar­ter, and the green roof under­lines the design language of the build­ing, where the tran­si­tion between outside and inside is blurred. Wooden slats are used on the outside shed, outdoor kitchen and lounge.

In addi­tion to solar cells, green roofs and an intel­li­gent venti­la­tion system, daylight is an impor­tant part of the energy-effi­cient design. The sun’s heat is utilized via large window sections and skylights. 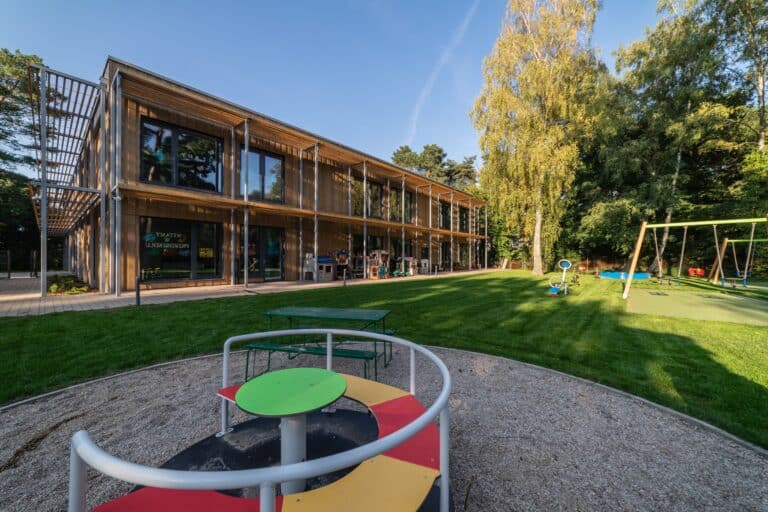 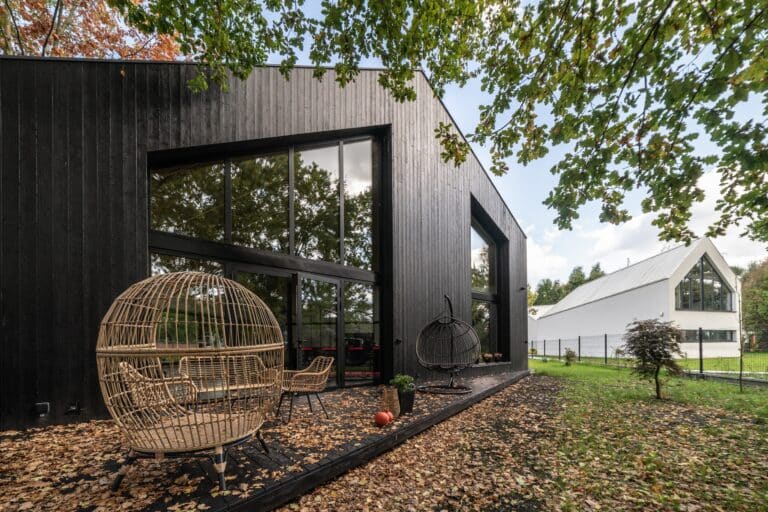